'Transports' - a Review of a Play by the Pipeline Theatre Company

I saw the play Transports, written and performed by the Pipeline Theatre Company, last night at the Derby Theatre. It was rapturously received – as it deserved to be. I normally review books rather than plays, but I enjoyed this performance so much that I felt I had to try to write a review. I’m not sure I can do the play justice – but here goes.

Transports focuses on two female characters, weaving deftly between the 1940s and the 1970s. Lotte is a German woman who was sent to England, aged fifteen, through the Kindertransport, an organised rescue effort which enabled Jewish children to escape from Hitler’s persecution and begin new lives in the UK. When the story opens, it is 1973 and Lotte is approaching fifty - a widow with no children. She has just taken on the foster care of a fifteen-year-old girl called Dinah, who has spent most of her life in children’s homes and been rejected by several previous foster parents.

I should point out that the tiny stage served to represent Lotte’s living room, her hall, her attic, Dinah’s bedroom, and also the inside of a bus, a train, a railway station platform, a children’s playground in a local park, a frozen lake in Germany and Dinah’s new school. All without a single shift of scenery, other than the actors pushing a bus seat to the back of the stage and a swing descending at one point from the ceiling. In addition to Lotte’s hallstand, table and chairs, the chief components of the scenery were two vertical railway tracks, forming a backdrop to every scene and a convenient shelf for Lotte to display her collection of china cats.

So what, you may ask. Necessity, given the constraints of the tiny studio theatre? Absolutely not, or not primarily. The vertical tracks, at least to me, represented two parallel journeys; two closely connected lives. As we watch Dinah’s anger and hostility towards her new carer begin to melt just a little at the edges as she discovers something of Lotte’s history, we discover how similar their journeys have been. We hear the jaunts in the playground from Dinah’s new schoolmates and we see her attacked and violated by boys from the school. We see her hardened by rejection, convinced she is a monster, born to be a tart, a slag, a slapper, unworthy of anyone’s love. And these sounds segue into German words of abuse – those directed at Lotte, her parents and her fellow Jews by the Nazis, and then her physical abuse by English people who despised her nationality.

Dinah snoops in the loft and discovers Lotte’s Sabbath dress, the letters from her parents, and Lotte’s last letter to them, returned to her marked ‘Not known at this address’… because they were now in the Dachau concentration camp, awaiting death.

We see projections, on and between the railway tracks, of a train leaving Germany with the young Lotte on board, believing she is being sent to England on a children’s holiday. We hear shouts, cries, closing doors, the thunder of wheels along the track. We see, again in shadow form (like dreams or distant memories), Lotte skating on a lake on one of her last days of freedom in her native land.

We see Lotte and Dinah on a 1970s bus. The period detail, by the way, is perfect – down to the above-the-knee skirts worn by middle-aged woman in that era and Lotte’s attempts, on sitting, to pull the skirt down to a decent length. I remember my mother doing just the same. Dinah’s clothes were perfect, too. Tony Blackburn was on Radio 1 (timely or what?) and Lotte had those chunky winter boots with zips up the front – again, so beloved by older women of that time.

Let me explain, too, that the actor Hannah Stephens, who plays Dinah, also plays the young Lotte… and the actor Juliet Welch, who plays the middle-aged Lotte, also takes the parts of Lotte's mother and of Mrs Weston, the Essex housewife who cared for Lotte when she first came to the UK. Both are brilliant. The character transformations are done by the actors upon each other, by the gentle addition of a 1940s dress, a shapeless woollen cardigan, a pair of glasses, etc. It seems natural and somehow perfect. It reminded me of how many people live inside each of us, and how one person can reveal the forgotten, hidden self of another. For Dinah eventually breaks open the fussy, trivial-minded, cat-obsessed, prissy middle-aged Lotte and forces her to confront her past and, most of all, the guilt that she could not help her parents escape their fate. And Lotte, by believing that Dinah is not a monster, helps her… well, we hope she ultimately helps her… find some self-respect and peace.

Both are poets. We hear some of their poems. Dinah shouts hers from the portion of the railway track that is probably the school gate. She is angry, bitter, cogent, occasionally funny and deeply talented. Her words made me cry.

Lotte writes poetry, too. At the end, we discover that Lotte is real. She is based on a real person, a woman named Liesl who is still alive and happens to be the mother of one of the play’s designers. Right at the end, we saw a video clip of Liesl, reading one of her poems.

There was a long pause while we collected ourselves before beginning to clap.

I don’t know when I was last so moved by a play. I will go on thinking about this one for a long time. We were invited to contribute to a collection for the Good Chance Calais Refugee Theatre Space, which tries to provide a 'safe, warm and welcoming space for people to express themselves and their situations in the Jungle in Calais'. Another parallel track...

Thank you, Pipeline Theatre, for this wonderful play. My partner and I drove sixty-odd miles to see it, but had I known how good it would be, I’d have happily travelled six hundred. It’s been on tour in the UK and it’s going to be at the Pleasance Theatre, Islington, London from Sun Feb 28th to Sat March 12th and then on tour again in various other locations. Scroll down for the schedule. If you can possibly get to see it, please do.

This is a small company, but one so full of talent, inspiration, vision and commitment, they deserve to become much better known. Their science fiction play Spillikin won five 5-STAR reviews and seven 4-STAR reviews and was in a shortlist of FIVE for the Carol Tambor 'Best of Edinburgh Award' at the 2015 Edinburgh Festival Fringe. They will be there again this year with a new play, working title Swivelhead, which I’m determined to go and see.


Posted by Rosalie Warren at 16:55 No comments:

Review of 'A Little Life' by Hanya Yanagihara


The blurb says 'brace yourself' and this is good advice. I came close to giving up on A Little Life (now shortlisted for the Man Booker Prize 2015) about a third of the way through, but I'm glad I persevered as it turned out to be a very rewarding read.

In brief, the novel is about a group of friends who meet in college and stay closely in touch, mainly living in New York, for many years to come. Jude, the main character, is intriguing and entrancing. I wanted to be his mother, his girlfriend, his wife and his lifelong friend. I wanted to belong in this book, to become one of the close and loyal group of friends who surround Jude because they love and admire him and want to help him learn to love and accept himself - which may well be an impossible task.

A Little Life ventures into the worlds of medicine, art, law, architecture and films, and the author has clearly done her research - there's a wealth of insight and information about them all. My one quibble is that almost all the characters are blindingly successful and wealthy. I'll forgive them that though, as I'll forgive Yanagihara for the occasional slippage into overwritten and laboured description. Most of the time you don't notice the writing at all, which, of course, is a sign that it's doing its intended job.

Some of the material from Jude's horrific childhood is very graphic and difficult to read. But you never have any sense of being a voyeur. It's as though you're being taken into the confidence of  these kind folk who befriend him in adulthood, with a gentle warning that this will hurt, but it's important that you hear it.

As a reader, I didn't want this book to end, knowing how much I would miss these characters. I suspect, though, that I won't be able to bring myself read it again and experience Jude's appalling childhood for a second time. As a writer, I feel inspired to do better, to look for characters as complex and challenging as Jude and listen to what they have to say. As a person, I am horrified yet again at the depths that my fellow human beings can sink to, while being inspired to try to be a better friend.

Ultimately, friendship is what this book is about. It's a treasure, but yes, brace yourself...


Posted by Rosalie Warren at 17:10 No comments: 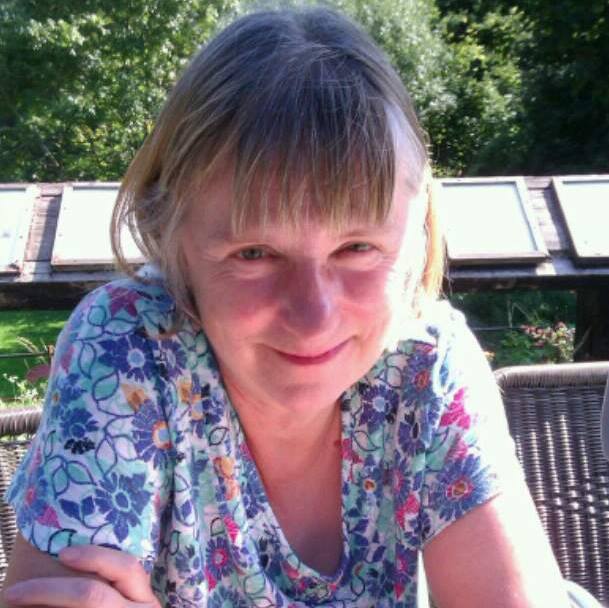 Rosalie Warren
Coventry, West Midlands, United Kingdom
I'm an author of books for both adults and children. Love anything to do with books: reading them, writing them, collecting them, dusting them (no, forget the last one...) 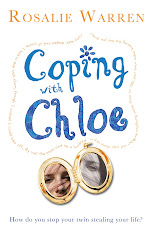 Click cover picture above to see Chloe on Amazon - including reviews 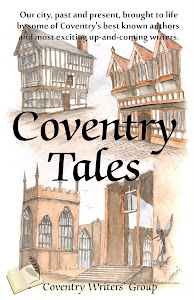